Drones Are The Next Generation For Economic Development 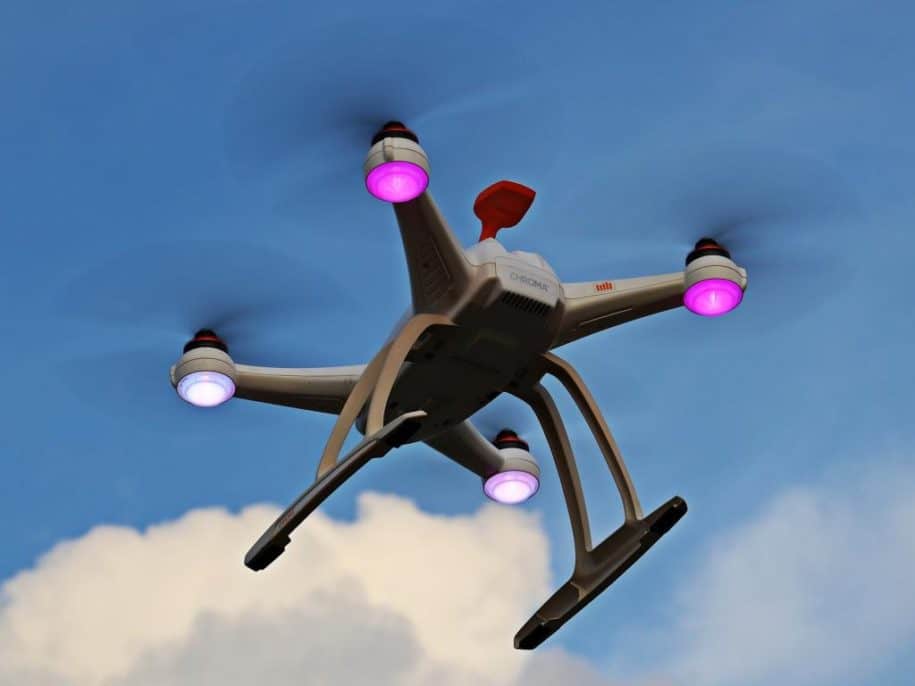 One of my favorite things to do is go to the beach at Nags Head, NC and relax by Mile Post 11. Sitting with my SPF 70, beach chair and towel laid out, I soak in those moments where all my troubles escape me. The smells of the ocean air coupled with the laughs of the kids take me to an unparalleled level of freedom.

In those moments, I glance out and see the Atlantic for miles.  Surfers appear for their daily runs where they wait patiently in the water on their board scanning for a new ripple to emerge.

Then they see one.

The momentum of a new wave moves towards them.  Adrenaline pumps through their veins and in a matter of seconds, they now ride the wave through the unexpected twists and turns.

Just before the wave crashes on the shoreline, surfers trust their instinct and know when to disembark. Their excitement and energy propel them into the next wave.

Just like a surfer, great businesses and leaders think ahead.  They look on the horizon for the next massive wave that catapults them into a subsequent level of opportunity. But those who choose not to look onward get caught up in their own wave of confusion and denial as they have failed to take part in the next generation of products.

What if I told you I see the next wave of economic development would you believe me?

Would you take the actions to prepare or would you just sit on the beach and watch others relish at the moment?

The choice is yours, but if you’re serious about it, then grab your board.

Thanks to the advances in technology over the past decade, Unmanned Aerial Vehicles (UAVs) or drones are becoming prominent across the world.

And with the FAA now clearing the way for commercial drones, it’s one huge step closer to becoming reality.

Not only do they provide great entertainment, but true visionary leaders see the value in them for their businesses.

Companies like Google’s Alphabet Inc. have created Wing Aviation LLC. are making serious strides in the advancement of drone implementation in their businesses. Amazon has started Drone Air to deliver packages while Uber Elevate develops the next era of transportation. That’s why we must consider drones to be the next generation of economic development.

Wing Aviation is the first to receive an airline status for drones thanks to the Federal Aviation Administration (FAA). This landmark decision now paves the pay for a new generation of package delivery.

The FAA has granted permission for Wing to charge for deliveries.

Over the next few months, test flights will be conducted near Blacksburg, VA where Wing will monitor, evaluate and refine their business model.

Part of the criteria for Wing to fly drones includes training routines and safety hierarchy, owners must have U.S. citizen and follow other FAA mandates.

By providing documentation to the FAA, safeguards will be established that will justify their request to expand the beta testing area.

The FAA took several months to consider this request and thanks to the constant communication between Google and the FAA, they are cleared for take-off.

Still at the terminal

Amazon’s Drone Air remains at the terminal as permission from the FAA is needed before clearance is given. Amazon’s drones will deliver parcels in under thirty minutes with the projection to reach millions of customers.

Using advanced technology to “sense and avoid,” these drones will deliver packages under five pounds.  Test runs conducted in the United States, Great Britain, Austria, France, and Israel have aided Amazon to get to this stage.

Amazon hopes to design an air traffic system that will serve as a hub for delivery and returns.

Uber’s Execute continues to be in research and design mode as they develop Vertical Take-Off and Landing (VTOL) for vehicles to transport people.

For example, a trip that would normally take two hours in a major city, like San Francisco. With Uber’s Execute, the ride would dramatically reduce the time to fifteen minutes or less.

A huge advantage to this shuttle service centers on the fact that specific routes do not need to be precalculated. This on-demand urban transit can accommodate multiple people comfortably.

Successful business-minded people always persevere through their obstacles. Regarding drones, their future is as bright as the horizon. Economic Developers can tap into this new venue before everyone else on-board by looking ahead to the new economy.  Here are just a few opportunities that one can see.

The possibilities are endless. Those communities who take off with drones will ride that wave for decades whereas those who decide to wait and see will be behind the opportunity because of them choosing not to be on the cutting edge.

So what’s it going to be?  Ready for takeoff or are you afraid of change because you can’t see past the horizon?

The choice is yours and the drones are the next generation of economic development is here and it’s up to you to get on-board and ready for take-off.

Want to see more blogs? Check them out here.